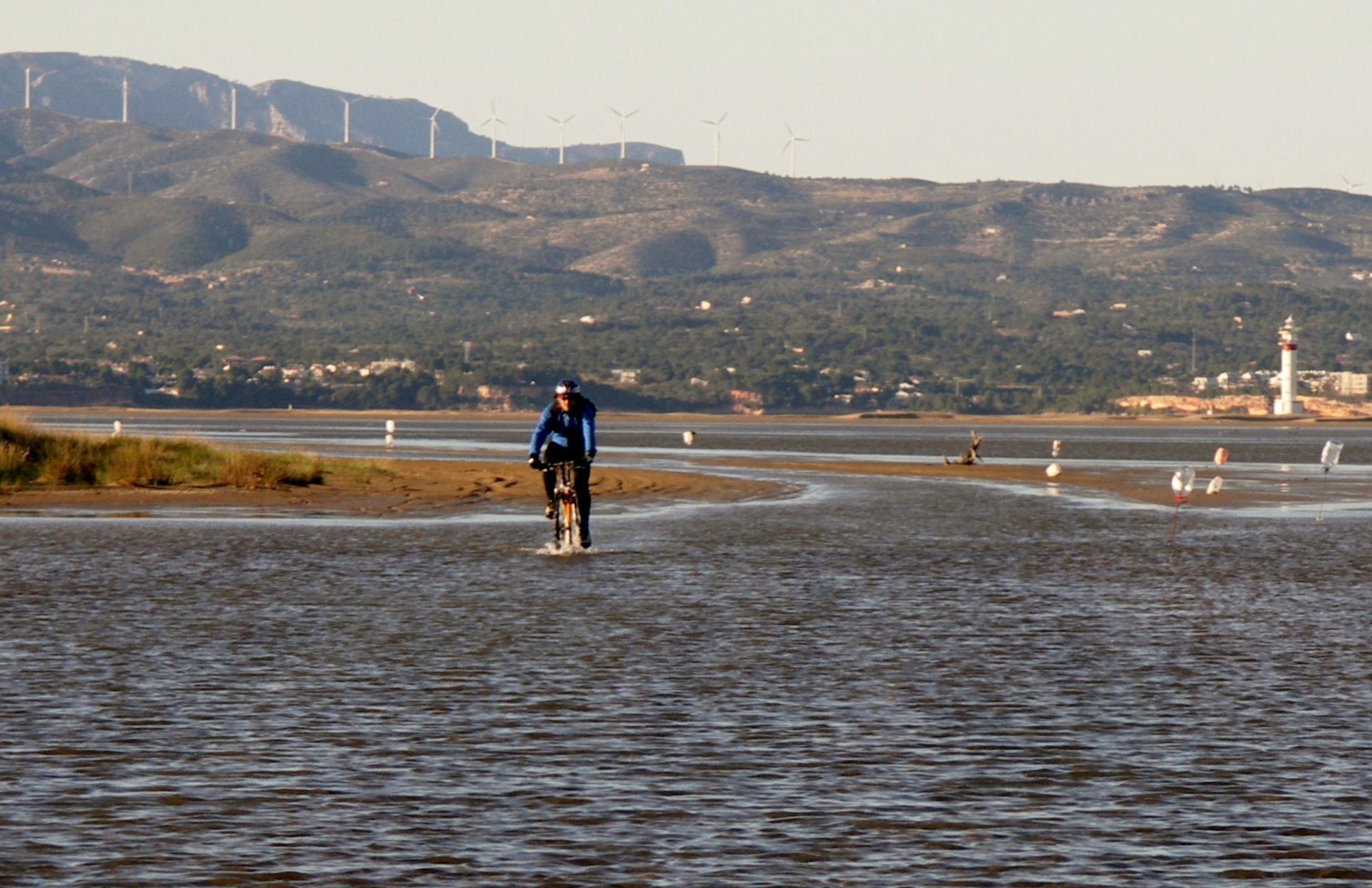 The Ebro Delta lies on a large flat land ideal for a cycle ride with your family, as it is completely flat without any ups and downs. With just minimum physical effort anyone can travel miles and miles within the Natural Park area following pre-established routes. It is possible to hire a bicycle and purchase a guide and pick-up service.
For lovers of mountain scenery, very close to the Ebro Delta there are greenways, i.e. old unused lines part of railway infrastructure where the train once used to travel, but which have now been converted into bicycle touring paths. It is also characterised by gentle slopes. These greenways stretch right across the Baix Ebre district (22.400 km from Tortosa to Benifallet) and across the Terra Alta district (23.600 km from Arnes to El Pinell de Brai).
And for the braver we have the Red BTT of Terra Alta. It consists of 13 routes that run over the 12 municipalities of the district. Here we find 266 km of sign-posted tracks, shared with motor vehicles, covering the most representative places of the area, namely: The Massif of Els Ports, the banks of the Algars and Canaletes Rivers, the site of Fontcalda, the mountain ranges of Cavalls and Pàndols, which were the setting of the Battle of the Ebro… The shortest route is 10.740 km long, the longest 32.850 km.

These routes can also be used for hiking, besides other purposes for which the routes are authorised, including GR and PR routes. It is fascinating to cover the route that leads to La Foradada, the well-known rock located 698 m above sea level in the Sierra del Montsià. This huge rock is a peculiar in that it has a hole in the middle through which you can admire the entire Ebro Delta. The route starts from Sant Carles de la Ràpita, where popular night excursions are organised under full moon and clear weather conditions, to admire from there the gorgeous views with the moon reflecting on the sea.